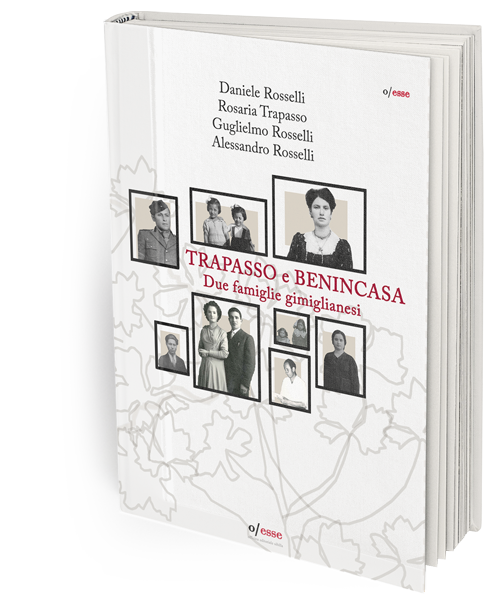 XIV century AD
Gimigliano is a thriving village set among the green hills of pre-Sila area in Calabria, a few miles from Catanzaro: its birth is dated ninth century AD, but traces of the presence of rural groups organized in this area can be traced since Roman times whose proof are the Roman tombs discovered in the territory of Gimigliano few years ago.

Its inhabitants, since the beginning and during the centuries, are dedicated to the cultivation in terraces and valleys crossed by rivers and breeding in the wild nature of any kind of animals; besides the extraction of the precious green and pink marble from quarries in the area made Gimigliano famous in the world. The economic interests in the country attract much population since the origins of the ancient village, a fact testified by the numerous religious congregations that are established in the territory, leading cultural and religious fervor in the country; in this context so alive from a commercial, religious, social and financial point of view, we have clear evidence in the Gimigliano chronicles of two of the oldest and reported families, Trapasso and Benincasa.

These ones have strong local roots proved by the fact that news of some of the most relevant clergymen of these families derive from the Russo’s Regesti Vaticani already in XVII century; in the following one, the XVIII, in Catasto Onciario of Kingdom of Naples, these two illustrious surnames fill many of the pages of the old Archive, with nobles figures of the village, a tangible sign of their expansion on land around Gimigliano and all over Calabria. Families on which we focus in this book live own huge agricultural areas, devoting time and resources to the cultivation, production and sale of olive oil, a tradition handed down from generation to generation. Some of the most valuable of these families emerge for their influential religious responsibilities and local politics charges and few of them for artistic skills, poetry in particular, all of them providing their active contribution to the development and growth of the village.

Back over the centuries, the genealogical trees of these two families are reconstructed: the two families in the past century are united by the marriage of two of their components. Since that time the two families become one big entity, merging their energies, strength, capacities and skills.

Documents, photos of men and women belonging to these families, the images of the places where they lived, are donated to the vision of the readers through thepages of “Trapasso e Benincasa. Due famiglie gimiglianesi“.

It can be purchased as spare out of the book the Trapasso’s family genealogical tree.

However we recommend buying both the book and the family tree for a better understanding of the work and the characters in this presented.